Santorini is an island in the southern Aegean Sea, about 200 km southeast of Greece's mainland. It is the largest island of a small, circular archipelago, which bears the same name and is the remnant of a volcanic caldera. It forms the southernmost member of the Cyclades group of islands, with an area of approximately 73 km2 and a 2011 census population of 15,550.(Wikipedia) 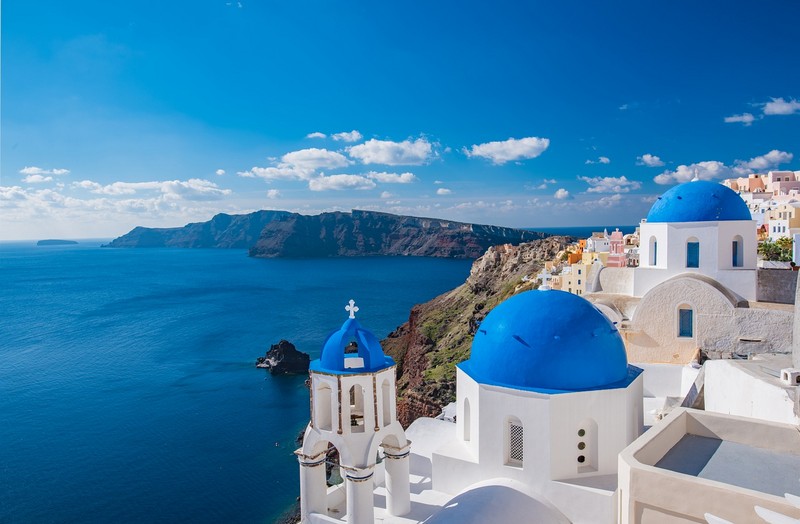