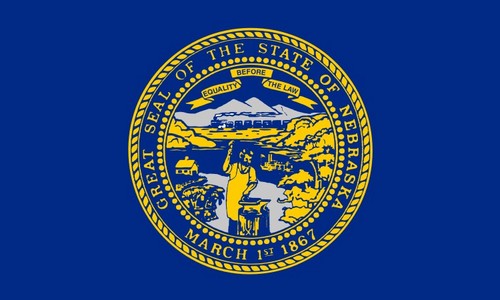 Nebraska is a state that lies in both the Great Plains and the Midwestern United States. It is bordered by South Dakota to the north; Iowa to the east and Missouri to the southeast, both across the Missouri River; Kansas to the south; Colorado to the southwest; and Wyoming to the west. It is the only triply landlocked U.S. state. Nebraska's area is just over 77,220 square miles (200,000 km2) with a population of almost 1.9 million people. Its state capital is Lincoln, and its largest city is Omaha, which is on the Missouri River.(Wikipedia) 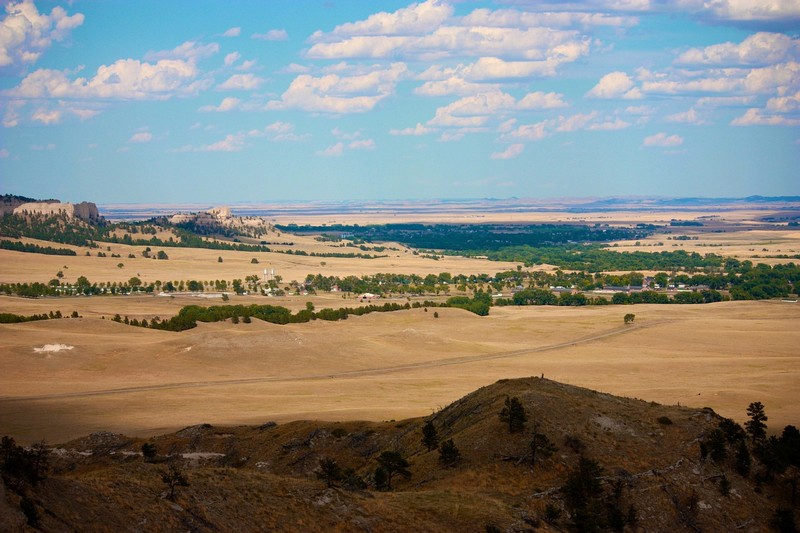 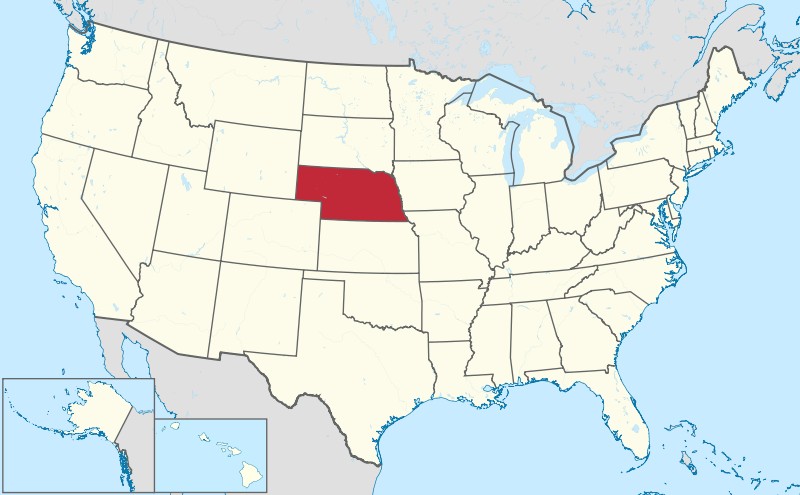