Asia is Earth's largest and most populous continent, located primarily in the Eastern and Northern Hemispheres. It shares the continental landmass of Eurasia with the continent of Europe and the continental landmass of Afro-Eurasia with both Europe and Africa. Asia covers an area of 44,579,000 square kilometres, about 30% of Earth's total land area and 8.7% of the Earth's total surface area. Asia is notable for not only its overall large size and population, but also dense and large settlements, as well as vast barely populated regions. Its 4.5 billion people (as of September 2018) constitute roughly 60% of the world's population.(Wikipedia) 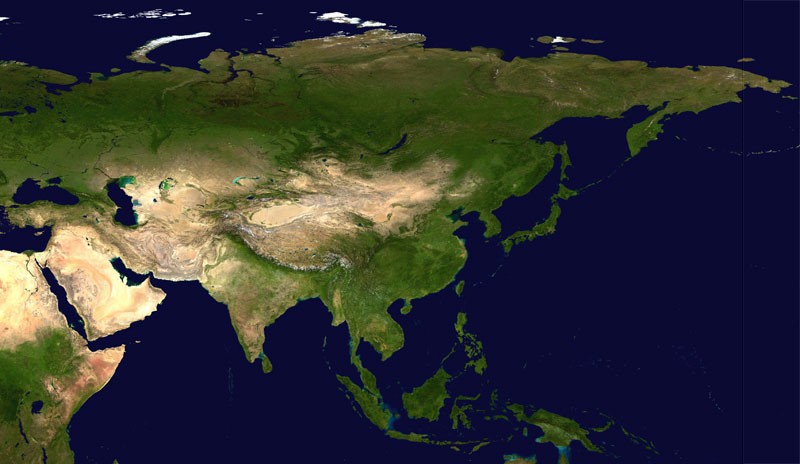