Africa is the world's second largest and second most-populous continent, being behind Asia in both categories. At about 30.3 million km2 including adjacent islands, it covers 6% of Earth's total surface area and 20% of its land area. With 1.2 billion people as of 2016, it accounts for about 16% of the world's human population. The continent is surrounded by the Mediterranean Sea to the north, the Isthmus of Suez and the Red Sea to the northeast, the Indian Ocean to the southeast and the Atlantic Ocean to the west. The continent includes Madagascar and various archipelagos.(Wikipedia) 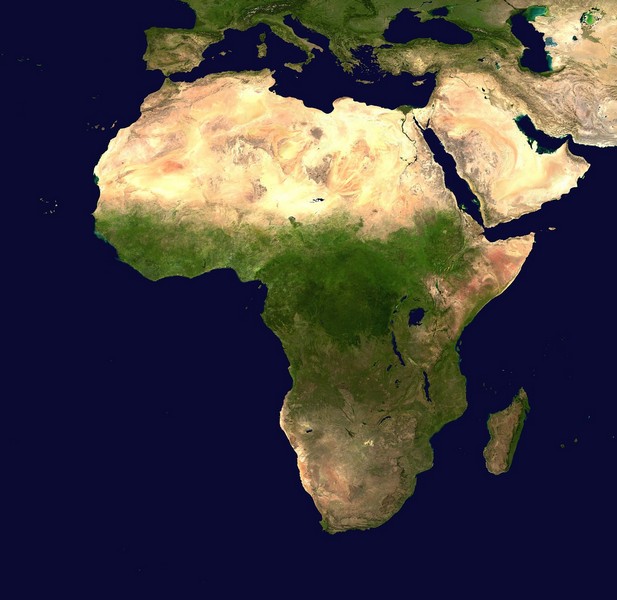