A military armored (or armoured) car is a lightweight wheeled armored fighting vehicle, historically employed for reconnaissance, internal security, armed escort, and other subordinate battlefield tasks. With the gradual decline of mounted cavalry, armored cars were developed for carrying out duties formerly assigned to horsemen. Following the invention of the tank, the armored car remained popular due to its comparatively simplified maintenance and low production cost. It also found favor with several colonial armies as a cheaper weapon for use in underdeveloped regions. During World War II, most armored cars were engineered for reconnaissance and passive observation, while others were devoted to communications tasks. Some equipped with heavier armament could even substitute for tracked combat vehicles in favorable conditions—such as pursuit or flanking maneuvers during the North African Campaign.(Wikipedia) 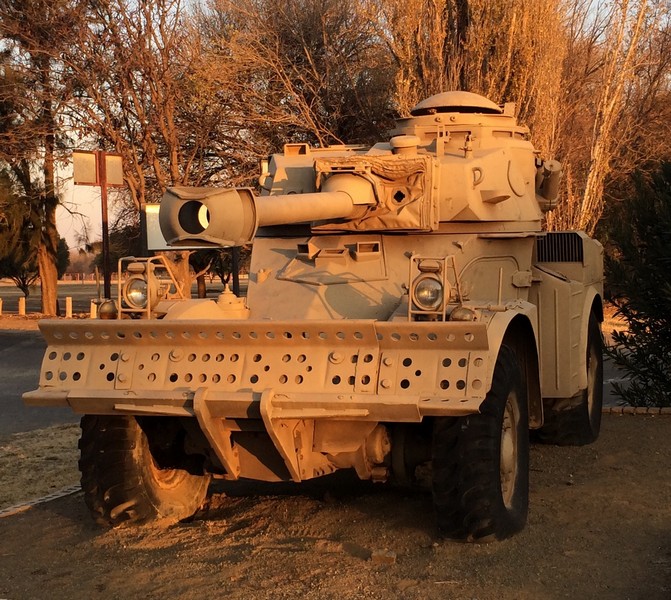