A dragster is a specialized competition automobile used in drag racing. Dragsters, also commonly called "diggers", can be broadly placed in three categories, based on the fuel they use: Gas (gasoline), Alcohol (methanol), and Fuel (a mixture of gasoline and nitromethane). They are most commonly single-engined, though twin-engined designs did race in the 1950s and 1960s. The design of dragsters evolved from the front-engined rail (named for the exposed frame rails) of the earliest days of drag racing, into the "slingshot" (with the driver between or behind the rear tires, or "slicks") of the early to middle 1960s, to the "modern" type common in the 1970s.(Wikipedia) 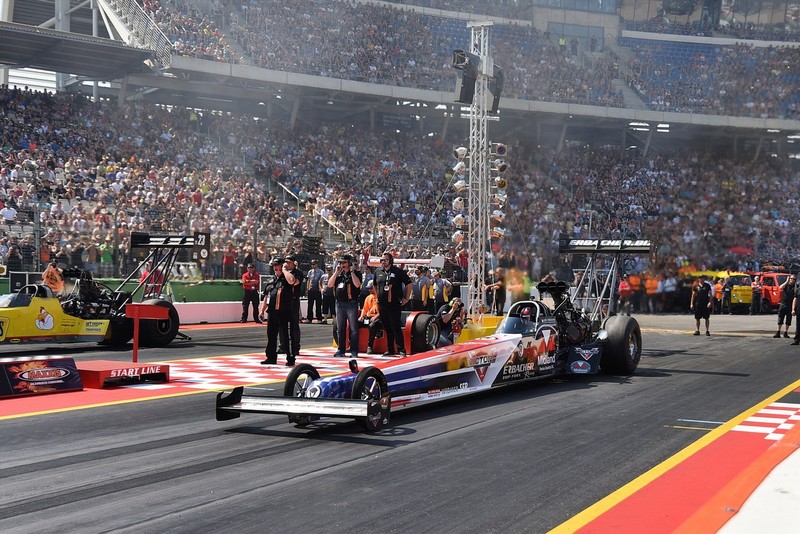