Ephesus was an ancient Greek city on the coast of Ionia, three kilometres southwest of present-day Selçuk in Izmir Province, Turkey. It was built in the 10th century BC on the site of the former Arzawan capital by Attic and Ionian Greek colonists. During the Classical Greek era it was one of the twelve cities of the Ionian League. The city flourished after it came under the control of the Roman Republic in 129 BC.(Wikipedia) 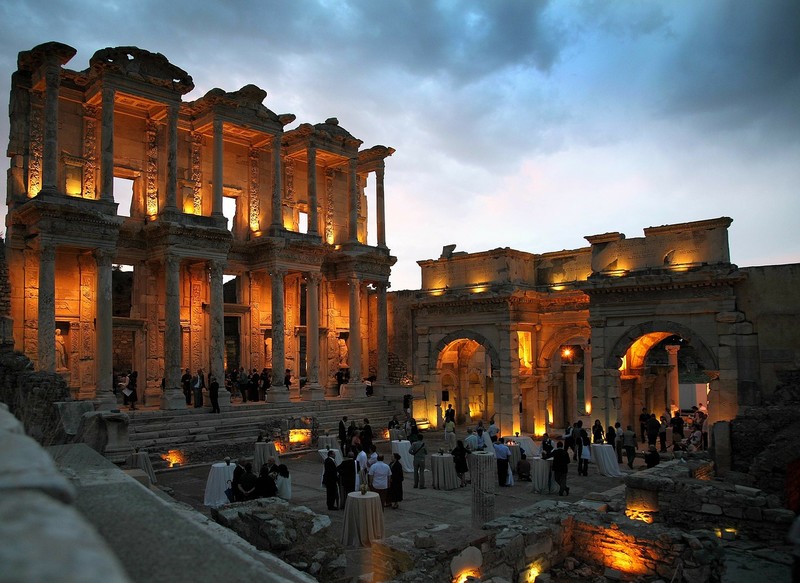