The Rideau Canal connects Canada's capital city of Ottawa, Ontario, to Lake Ontario and the Saint Lawrence River at Kingston, Ontario. It is 202 kilometres in length. The name Rideau, French for "curtain", is derived from the curtain-like appearance of the Rideau River's twin waterfalls where they join the Ottawa River. The canal system uses sections of two rivers, the Rideau and the Cataraqui, as well as several lakes. The Rideau Canal is operated by Parks Canada.(Wikipedia) 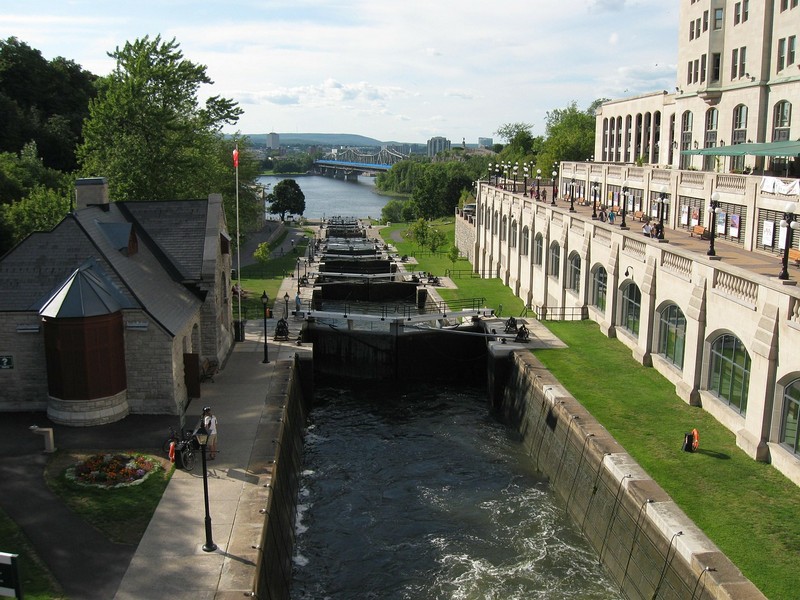