The Gambia, officially the Republic of The Gambia, is a country in West Africa that is almost entirely surrounded by Senegal with the exception of its western coastline along the Atlantic Ocean. It is the smallest country within mainland Africa. The Gambia is situated on both sides of the lower reaches of the Gambia River, the nation's namesake, which flows through the centre of The Gambia and empties into the Atlantic Ocean. It has an area of 10,689 square kilometres with a population of 1,857,181 as of the April 2013 census. Banjul is the Gambian capital and the largest cities are Serekunda and Brikama.(Wikipedia) 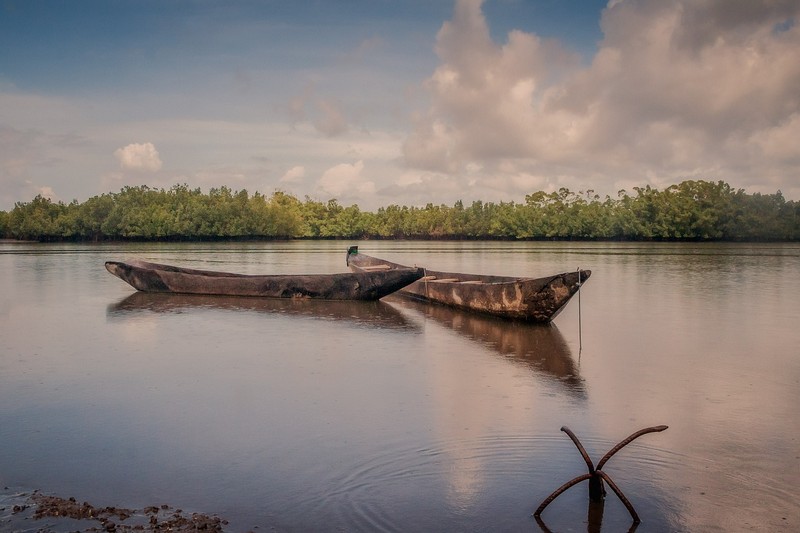 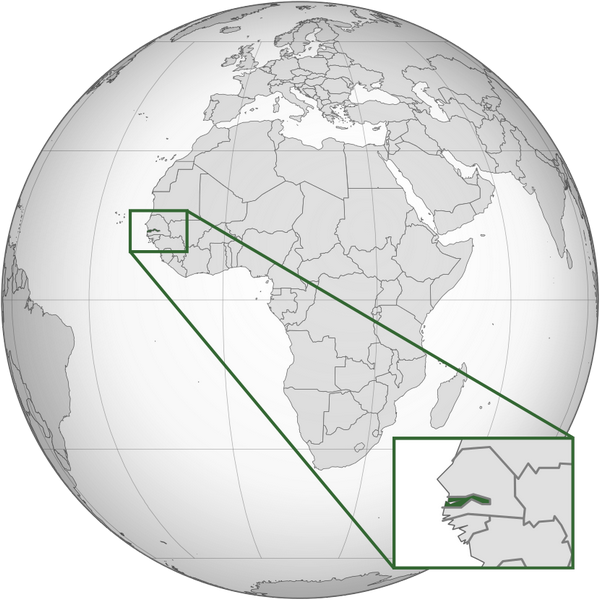