Cuba, officially the Republic of Cuba, is a country comprising the island of Cuba as well as Isla de la Juventud and several minor archipelagos. Cuba is located in the northern Caribbean where the Caribbean Sea, Gulf of Mexico and Atlantic Ocean meet. It is east of the Yucatán Peninsula , south of both the U.S. state of Florida and the Bahamas, west of Haiti and north of both Jamaica and the Cayman Islands. Havana is the largest city and capital; other major cities include Santiago de Cuba and Camagüey. The area of the Republic of Cuba is 110,860 square kilometres without the territorial waters). The island of Cuba is the largest island in Cuba and in the Caribbean, with an area of 105,006 square kilometres , and the second-most populous after Hispaniola, with over 11 million inhabitants.(Wikipedia) 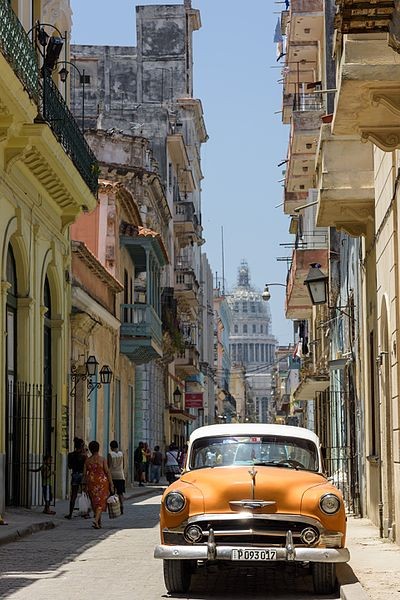 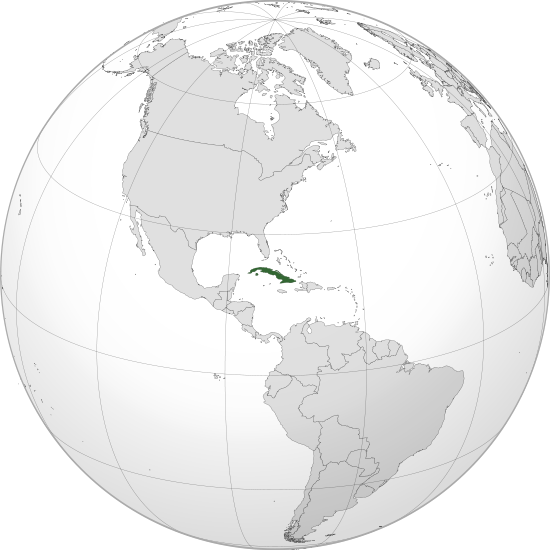