The 4 × 100 metres relay is an Olympic Track and Field event in which teams of 4 competitors must run a lap around the track as fast as possible running over one lap of the track completing 100 metres each. A relay baton is carried by each team and has to be handed over within a 30 metres in length. 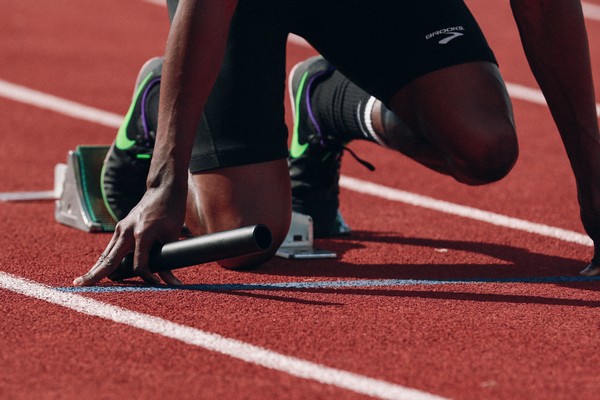