The high jump is an Olympic track and field event in which competitors must jump over a horizontal bar placed at measured heights unaided and without dislodging it. It's classified as one of the four jumping events, alongside the pole vault, long jump and triple jump. 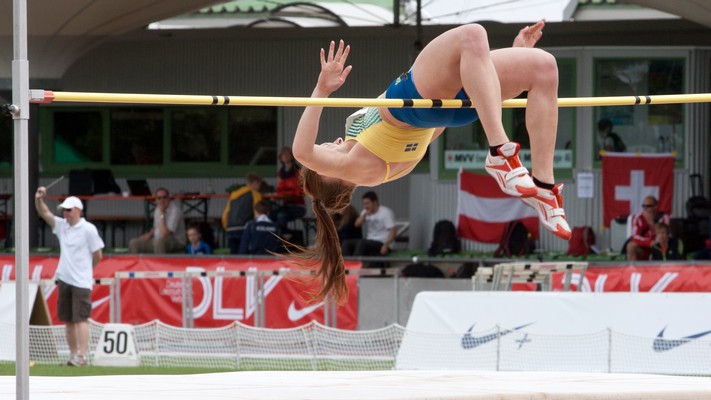