Ice hockey is a contact team sport played on ice, usually in a rink, in which two teams of skaters use their sticks to shoot a vulcanized rubber puck into their opponent's net to score points. The sport is known to be fast-paced and physical, with teams usually consisting of six players each: one goaltender, and five players who skate up and down the ice trying to take the puck and score a goal against the opposing team.(Wikipedia) 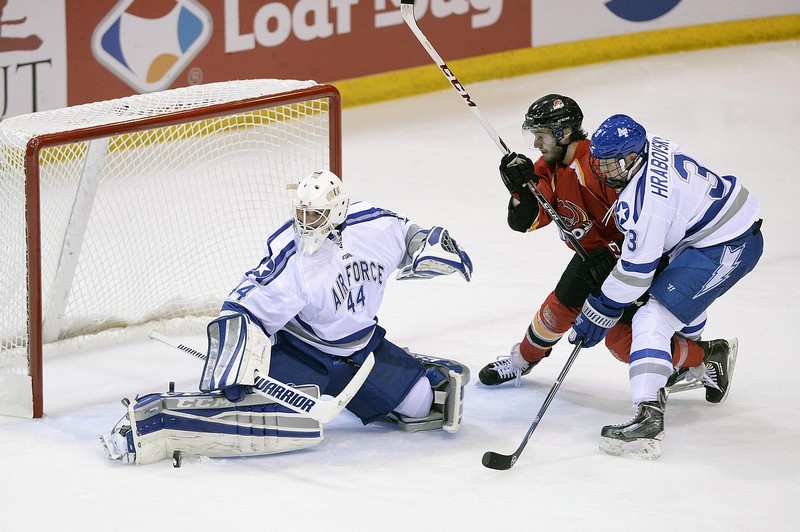