Ultimate, originally known as ultimate frisbee, is a non-contact team sport played with a flying disc (frisbee). Ultimate was developed in 1968 by a group of students at Columbia High School in Maplewood, New Jersey. The term frisbee, often used to generically describe all flying discs, is a registered trademark of the Wham-O toy company, and thus the sport is not formally called "Ultimate frisbee", though this name is still in common casual use. Points are scored by passing the disc to a teammate in the opposing end zone. (Wikipedia) 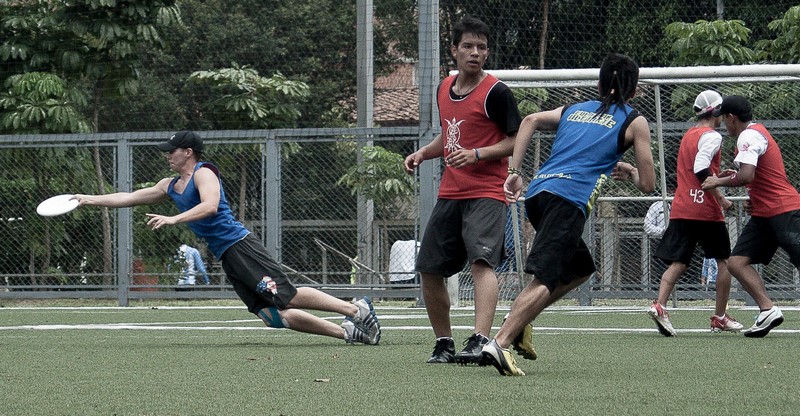