Lake Baikal is a rift lake in Russia, located in southern Siberia, between Irkutsk Oblast to the northwest and the Buryat Republic to the southeast. Lake Baikal is the largest freshwater lake by volume in the world, containing 22–23% of the world's fresh surface water. With 23,615.39 km3 of fresh water, it contains more water than the North American Great Lakes combined. With a maximum depth of 1,642 m, Baikal is the world's deepest lake. It is considered among the world's clearest lakes and is considered the world's oldest lake – at 25–30 million years. It is the seventh-largest lake in the world by surface area.(Wikipedia) 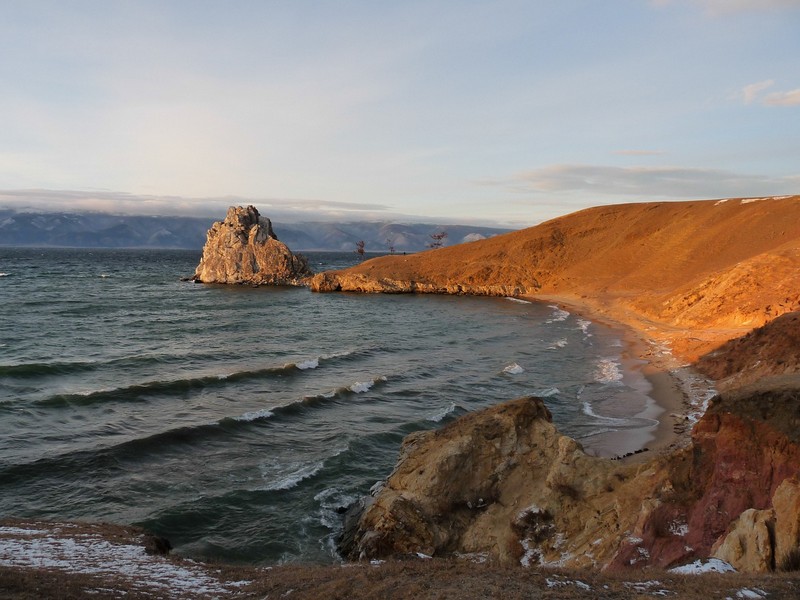