Swim in the Dead Sea

The Dead Sea is a salt lake bordered by Jordan to the east and Israel and the West Bank to the west. It lies in the Jordan Rift Valley, and its main tributary is the Jordan River. Its surface and shores are 430.5 metres below sea level, Earth's lowest elevation on land. It is 304 m deep, the deepest hypersaline lake in the world. With a salinity of 342 g/kg, or 34.2% (in 2011), it is one of the world's saltiest bodies of water – 9.6 times as salty as the ocean – and has a density of 1.24 kg/litre, which makes swimming similar to floating. This salinity makes for a harsh environment in which plants and animals cannot flourish, hence its name. The Dead Sea's main, northern basin is 50 kilometres long and 15 kilometres wide at its widest point.(Wikipedia) 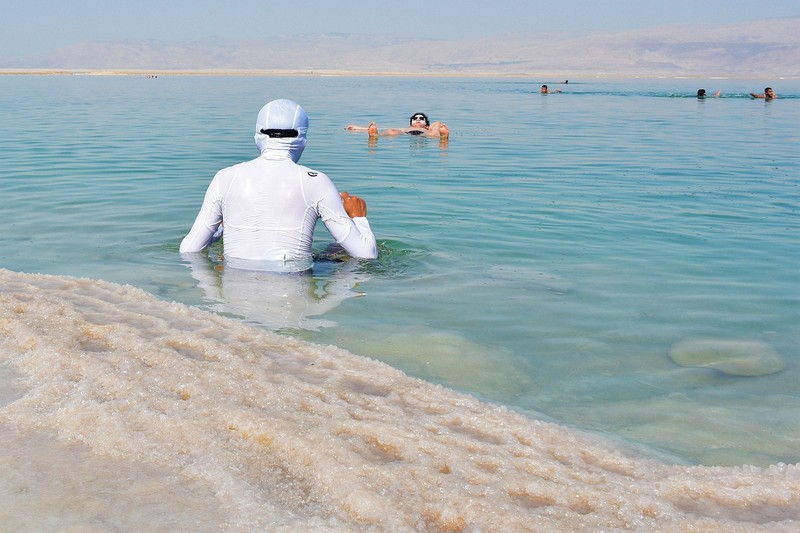