Crater Lake is a crater lake in south-central Oregon in the western United States. It is the main feature of Crater Lake National Park and is famous for its deep blue color and water clarity. The lake partly fills a nearly 655 m-deep caldera that was formed around 7,700 (± 150) years ago by the collapse of the volcano Mount Mazama. There are no rivers flowing into or out of the lake; the evaporation is compensated for by rain and snowfall at a rate such that the total amount of water is replaced every 250 years. With a depth of 594 m, the lake is the deepest in the United States. In the world, it ranks ninth for maximum depth, and third for mean (average) depth.(Wikipedia) 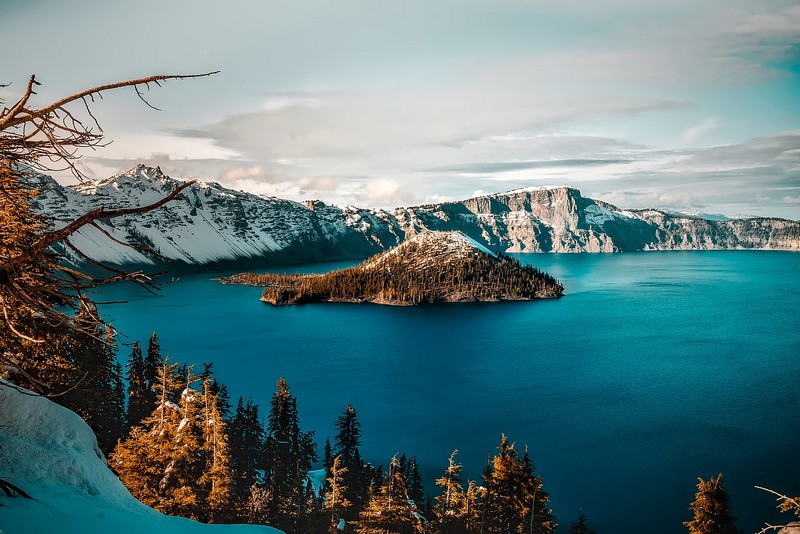