Swim in the Sea of Japan

The Sea of Japan is the marginal sea between the Japanese archipelago, Sakhalin, the Korean Peninsula and Russia. The Japanese archipelago separates the sea from the Pacific Ocean. Like the Mediterranean Sea, it has almost no tides due to its nearly complete enclosure from the Pacific Ocean. This isolation also reflects in the fauna species and in the water salinity, which is lower than in the ocean. The sea has no large islands, bays or capes. Its water balance is mostly determined by the inflow and outflow through the straits connecting it to the neighboring seas and Pacific Ocean.(Wikipedia) 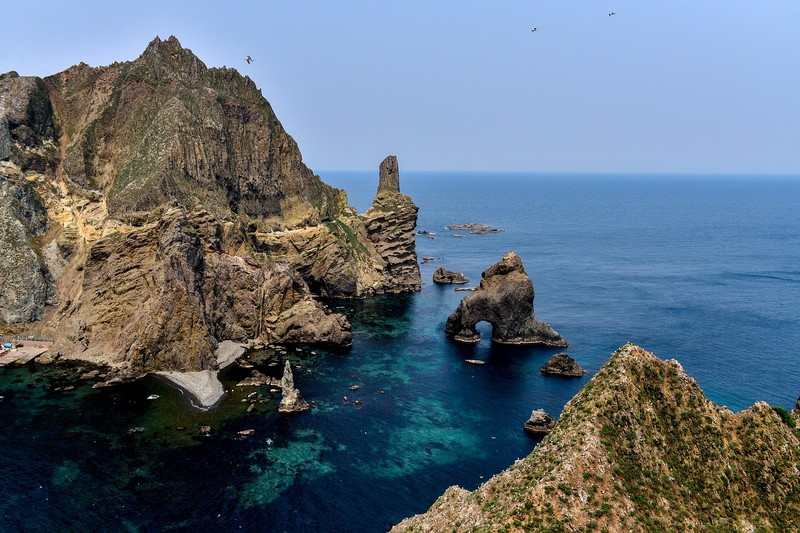