Stromboli is a small island in the Tyrrhenian Sea, off the north coast of Sicily, containing one of the three active volcanoes in Italy. It is one of the eight Aeolian Islands, a volcanic arc north of Sicily. The island's population is about 500. The volcano has erupted many times and is constantly active with minor eruptions, often visible from many points on the island and from the surrounding sea, giving rise to the island's nickname "Lighthouse of the Mediterranean".(Wikipedia) 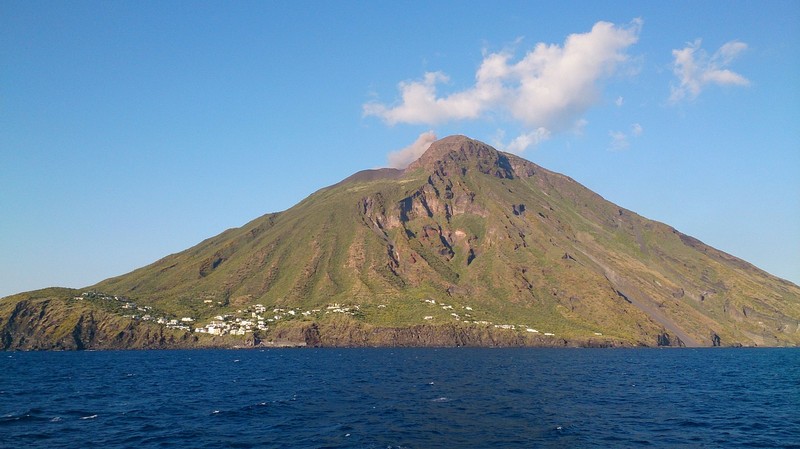