Gunkanjima is an abandoned island lying about 15 kilometers from the city of Nagasaki, in southern Japan. It is one of 505 uninhabited islands in Nagasaki Prefecture. The island's most notable features are its abandoned concrete buildings, undisturbed except by nature, and the surrounding sea wall. While the island is a symbol of the rapid industrialization of Japan, it is also a reminder of its history as a site of forced labor prior to and during the Second World War.(Wikipedia) 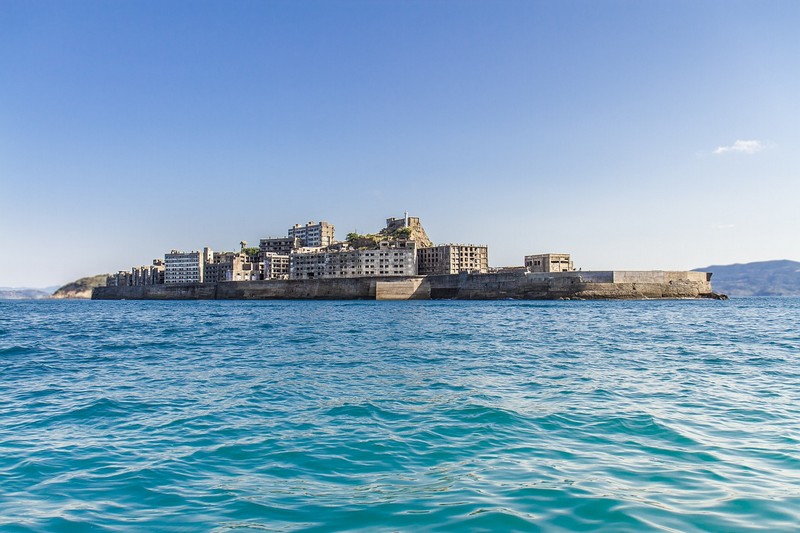