Alcatraz Island is located in San Francisco Bay, 1.25 miles (2.01 km) offshore from San Francisco, California, United States. The small island was developed with facilities for a lighthouse, a military fortification, a military prison, and a federal prison from 1934 until 1963. In 1972, Alcatraz became part of a national recreation area and received designation as a National Historic Landmark in 1986.(Wikipedia) 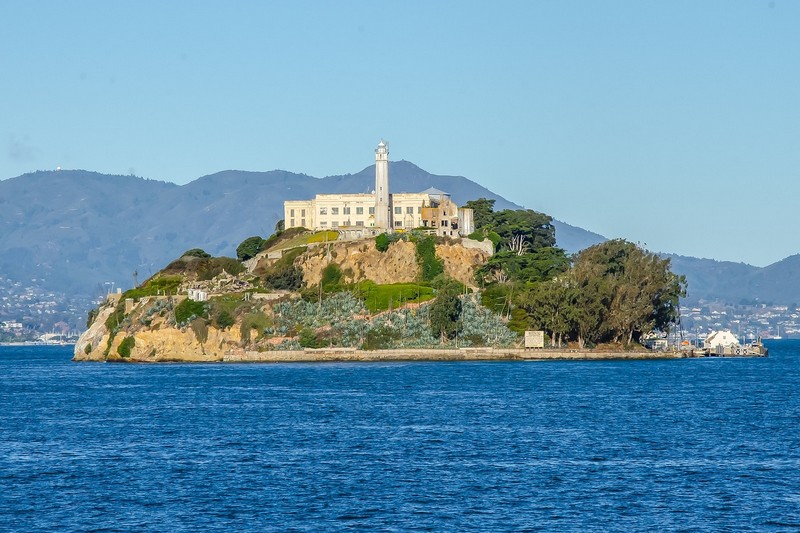