Tongariro National Park is the oldest national park in New Zealand, located in the central North Island. It has been acknowledged by UNESCO as a World Heritage Site of mixed cultural and natural values. Tongariro National Park was the sixth national park established in the world. The active volcanic mountains Ruapehu, Ngauruhoe, and Tongariro are located in the centre of the park.(Wikipedia) 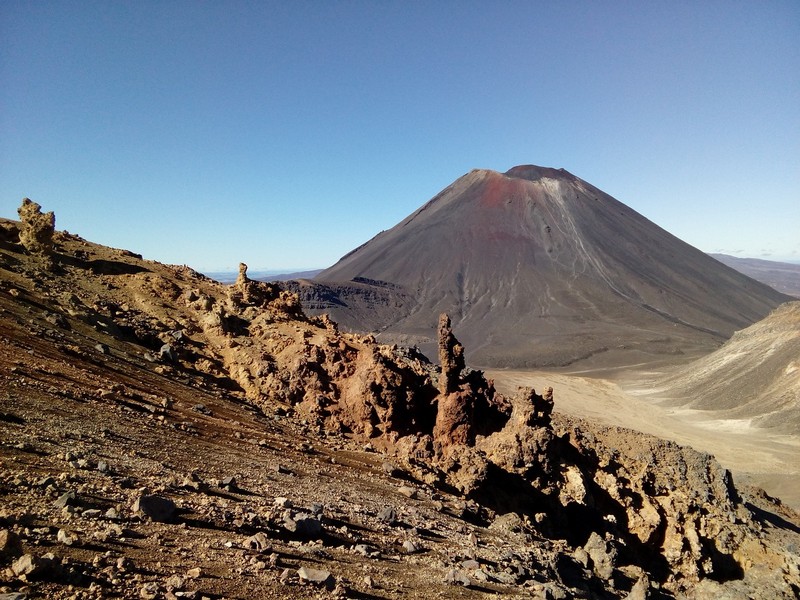