Teahupo'o is a village on the south-east coast of the island of Tahiti, French Polynesia, southern Pacific Ocean. It is known for the surf break and heavy, glassy waves offshore, often reaching 2 to 3 m, and sometimes up to 7 meters. It is the site of the annual Billabong Pro Tahiti surf competition, part of the World Championship Tour of the Association of Surfing Professionals World Tour surfing circuit and used to be one stop in the World Tour of the International Bodyboarding Association. Few professional surfers rode Teahupo'o during the early 1990s and it was only in 1998, at the Gotcha Tahiti Pro, that Teahupo'o became widely recognized as having some of the heaviest waves in the world. On August 17, 2000 Laird Hamilton is credited with surfing the "heaviest wave" ever ridden, documented in the film Riding Giants.(Wikipedia) 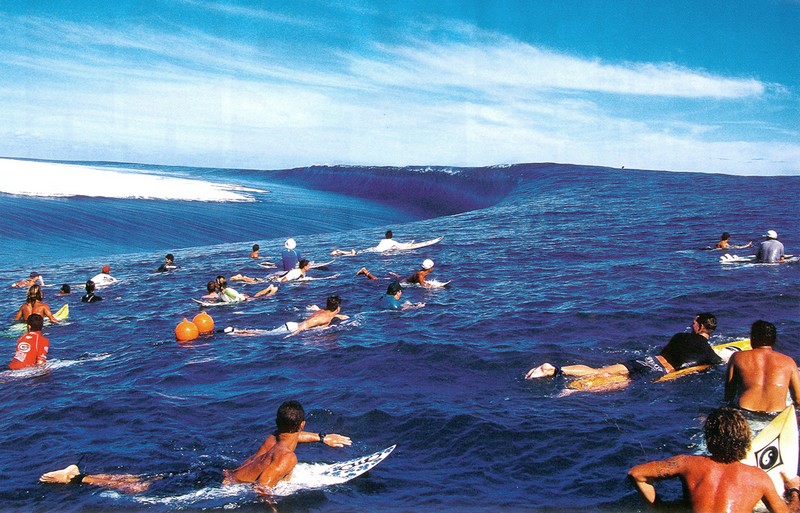