Saraghrar is the fourth highest independent peak in the Hindu Kush. The entire Saraghrar massif is a huge, irregular stretched plateau at elevation around 7,000 m, lying above vertical granite and ice faces, which protect it all around. Its distinct summits are poorly identified, and information gathered from expeditions that have visited the area is often misleading. In 1958 a British team led by Ted Norrish made a first try on the northeast summit (7,349 m (24,111 ft)). This expedition was stopped by the death of member P. S. Nelson. The year after, on August 24, 1959, the northeast peak was climbed for the first time by an Italian team led by Fosco Maraini and including Franco Alletto, Giancarlo Castelli, Paolo Consiglio, Carlo Alberto "Betto" Pinelli (the latter four reaching the top), Silvio Jovane, Franco Lamberti (expedition's doctor) and Enrico Leone, all members of the Italian Alpine Club (Rome section). They ascended via the Niroghi glacier on the northeast of the massif. On August 24, 1967, Satoh Yukitoshi and Hara Hirosada, members of a Japanese expedition led by Kenichiro Yamamoto (Mountaineering club of Hitotsubashi University) reached the South Summit for the first time by the Rosh-Gol glacier. In 1971, Nagano, member of a Japanese expedition (Shizuoka climbing club) led by Akiyama Reiske, summitted the SW peak for the first time on July 29. Three Catalan expeditions in 1975, 1977 and 1982 tried the NW summit via a rocky route. On August 9, 1982, Juan Lopez Diaz (expedition leader), Enrique Lucas Llop and Nil Bohigas Martorell reached the northwest II summit (7,200 m (23,622 ft)).(Wikipedia) 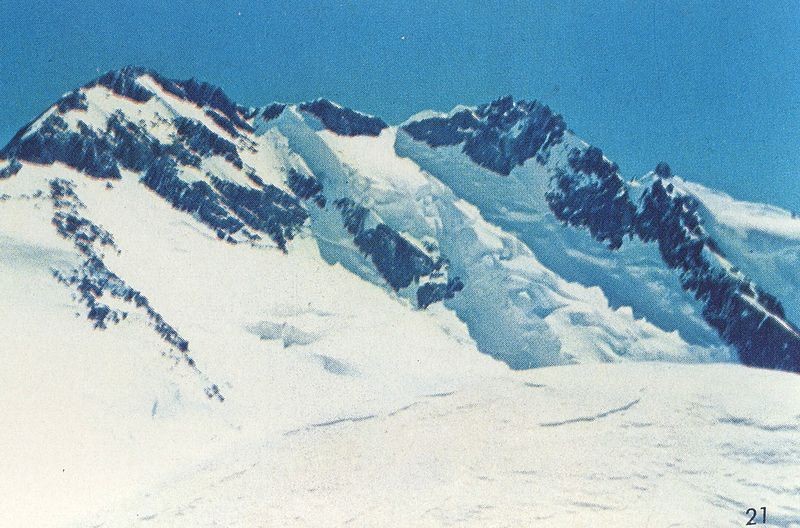