Gimmigela Chuli, or The Twins, is a mountain in the Himalayas, located on the border between Taplejung, Mechi, Nepal and Sikkim, India. It has an elevation of 7,350 m (24,110 ft) above sea level and is situated approximately 4.2 km (2.6 mi) NNE from Kangchenjunga, the third highest peak on Earth. The mountain has a subpeak, Gimmigela Chuli II. This subpeak, sometimes referred to as "Gimmigela's Sister", lies entirely within India. Together the two peaks, Gimmigela I and Gimmigela II, are known as "The Twins".(Wikipedia) 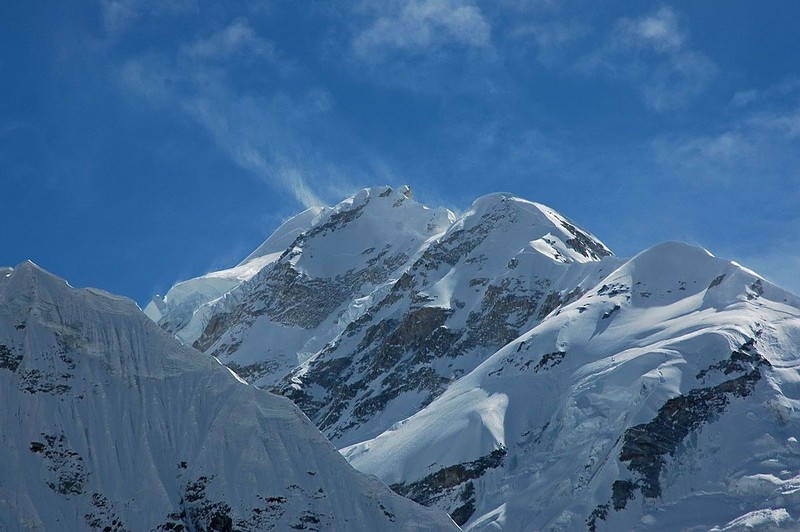