Sunanda Devi previously known as Nanda Devi East is the lower of the two adjacent peaks of the highest mountain in Uttarakhand and second highest mountain in India; Nanda Devi is its higher twin peak. Nanda Devi and Sunanda Devi are part of the Garhwal Himalayas, and are located in the state of Uttarakhand. The graceful peaks of twin mountains are visible from almost everywhere in Kumaon. The first ascent to the Sunanda Devi peak in recorded history appears to be in 1939 by Jakub Bujak and Janusz Klarner. (Wikipedia) 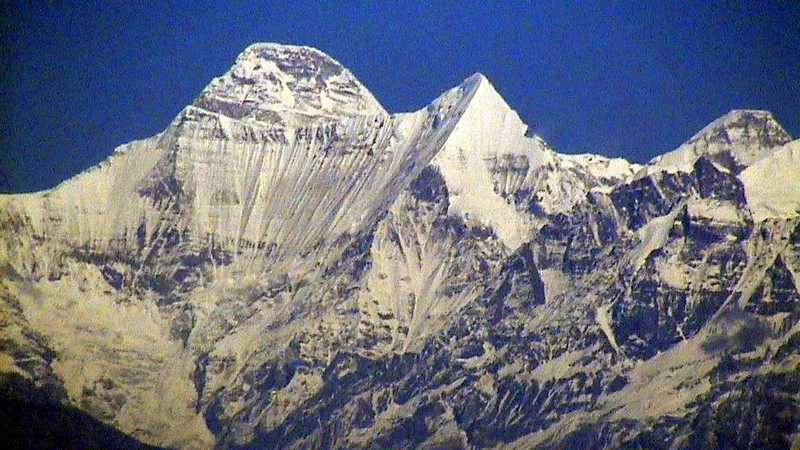