Noshaq is the second highest peak in the Hindu Kush Range (after Tirich Mir) at 7,492 m (24,580 ft). It lies on the border between Badakhshan Province in Afghanistan. It is the highest point in Afghanistan and is the world's westernmost 7,000 meter massif. Noshaq was first climbed by a Japanese expedition in 1960 led by Professor Sakato. Other members of the expedition were Goro Iwatsabo and Toshiaki Sakai. The climb followed the normal Pakistan approach, the southeast ridge from the Qadzi Deh Glacier. The normal Afghanistan approach route is by the west ridge.(Wikipedia) 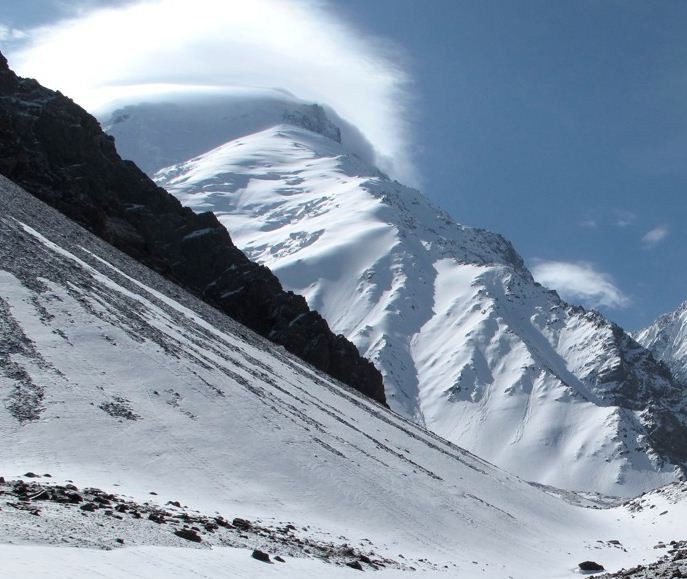