Muztagh Ata is the second highest of the mountains which form the northern edge of the Tibetan Plateau (not the second highest of the mountains of the Tibetan Plateau). It is sometimes regarded as being part of the Kunlun Shan, although physically it is more closely connected to the Pamirs. It is also one of the relatively easier 7,000 m peaks in the world to climb, due to its gentle western slope and the comparatively drier weather of Xinjiang, though a thorough acclimatization period and a very strong physical condition are crucial for success.(Wikipedia) 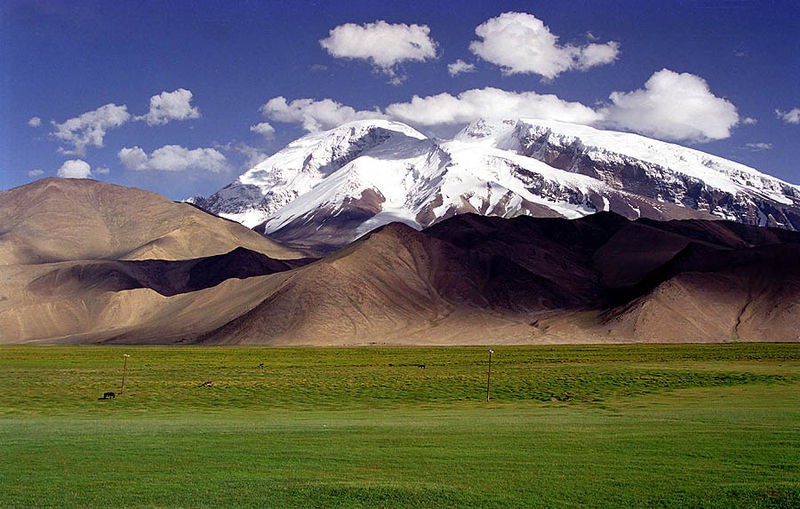