Mount Gongga, also known as Minya Konka, is the highest mountain in Sichuan province, China. It is also known to locals as "The King of Sichuan Mountains". Situated in the Daxue Shan mountain range, between Dadu River and Yalong River, part of the Hengduan mountainous region, Mount Gongga is the easternmost 7,000 metres (23,000 ft) peak in the world and the third highest peak outside the Himalaya/Karakoram, after Tirich Mir and Kongur Tagh.(Wikipedia) 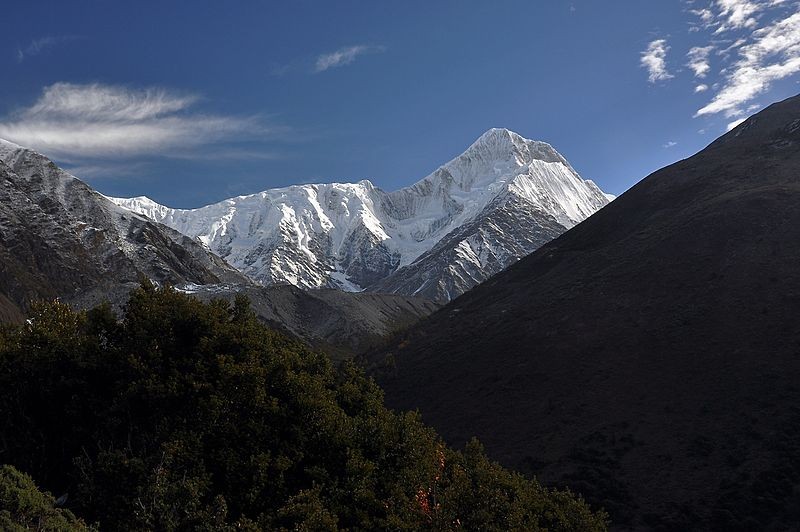