Gangkhar Puensum is the highest mountain in Bhutan and a strong candidate for the highest unclimbed mountain in the world with an elevation of 7,570 metres (24,836 ft) and a prominence of 2,995 metres (9,826 ft). Its name means ""White Peak of the Three Spiritual Brothers"". It lies on the border with China. After Bhutan was opened for mountaineering in 1983 there were four expeditions that made failed summit attempts in 1985 and 1986. However, in 1998, a team successfully climbed a subsidiary peak of the mountain from Tibet.(Wikipedia) 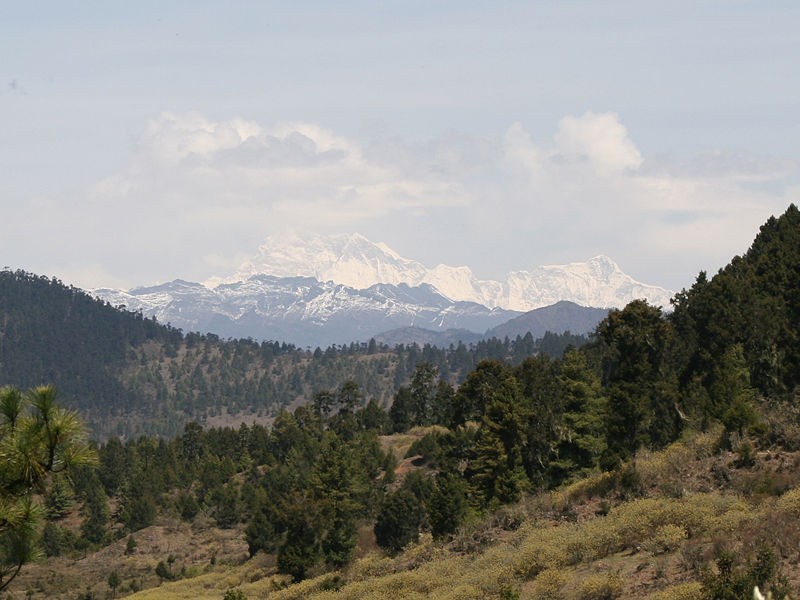