Chogolisa is a mountain in the Karakoram region of Pakistan. It lies near the Baltoro Glacier in the Concordia region which is home to some of the highest peaks of the world. Chogolisa has several peaks, the highest on the SW face (Chogolisa I) rises to 7,668 metres (25,157 ft). The second highest at 7,654 metres on the NE side (Chogolisa II) is the one named Bride Peak by Martin Conway in 1892.(Wikipedia) 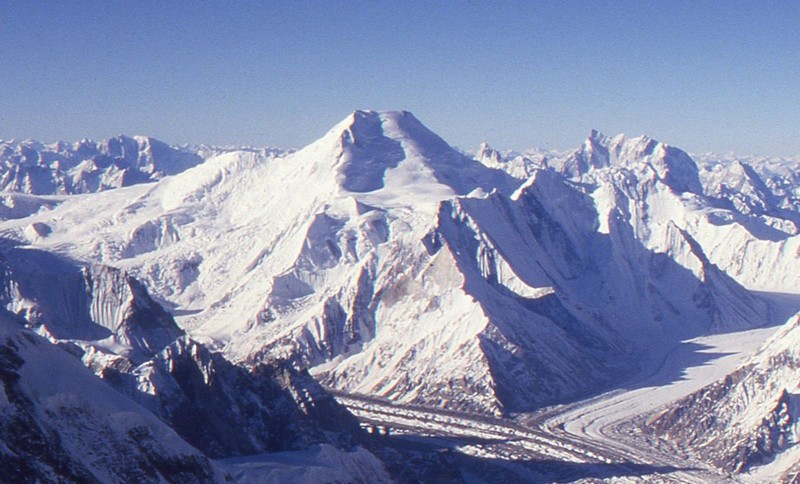