Gurla Mandhata, or Naimona'nyi or Memo Nani is the highest peak of the Nalakankar Himal, a small subrange of the Himalaya. It lies in Burang County of the Ngari Prefecture in the Tibet Autonomous Region of China, near the northwest corner of Nepal. It is the 34th highest peak in the world (using a 500-metre prominence cutoff). It is also notable for being well within the Tibetan Plateau (most peaks of similar height - except notably Shishapangma, the world's 14th highest peak - lie nearer to or outside the edge of the Plateau) and relatively far away from other peaks of height greater than 7500 metres.(Wikipedia) 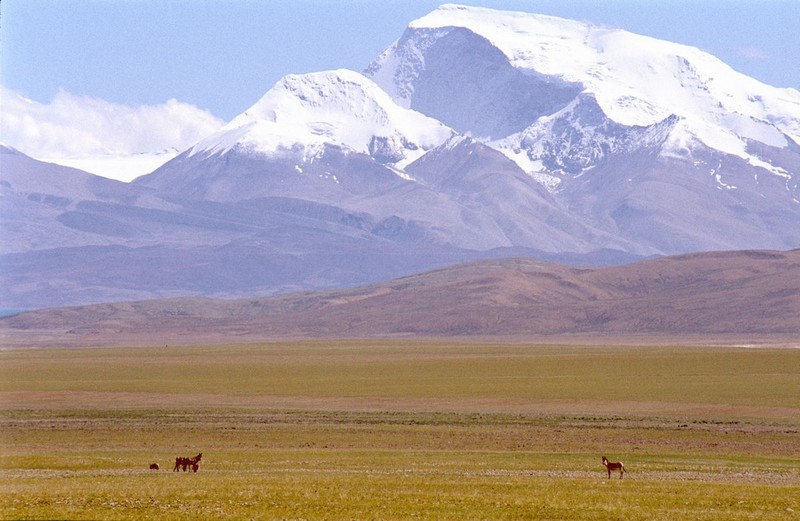