Kumbhakarna or Jannu is the 32nd highest mountain in the world. It is an important western outlier of Kangchenjunga, the world's third highest peak. Kumbhakarna is a large and steep peak in its own right, and has numerous challenging climbing routes. The official name of this peak is Kumbhakarna, but the designation Jannu is still better known. It is called Phoktanglungma, literally "mountain with shoulders", in the Limbu language, and is sacred in the Kirant religion.(Wikipedia) 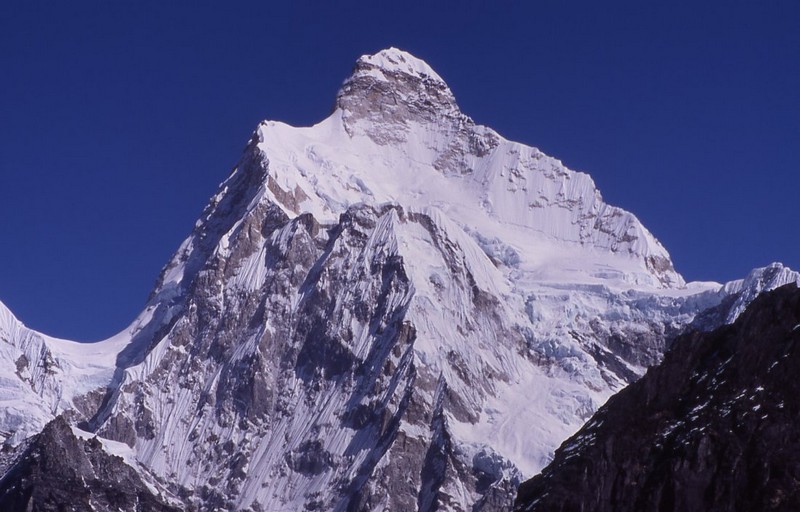