Nanda Devi is the second highest mountain in India, and the highest located entirely within the country. (Kangchenjunga, which is higher, is on the border of India and Nepal.) It is the 23rd-highest peak in the world. It was considered the highest mountain in the world before computations in 1808 proved Dhaulagiri to be higher. It was also the highest mountain in India before 1975 when Sikkim, the state in which Kangchenjunga is located, joined the Republic of India. It is part of the Greater Himalayas, and is located in Chamoli district of Uttarakhand, between the Rishiganga valley on the west and the Goriganga valley on the east. The peak, whose name means ""Bliss-Giving Goddess"", is regarded as the patron-goddess of the Uttarakhand Himalaya. In acknowledgment of its religious significance and for the protection of its fragile ecosystem, the peak as well as the circle of high mountains surrounding it—the Nanda Devi sanctuary—were closed to both locals and climbers in 1983. The surrounding Nanda Devi National Park was declared a UNESCO World Heritage Site in 1988.(Wikipedia) 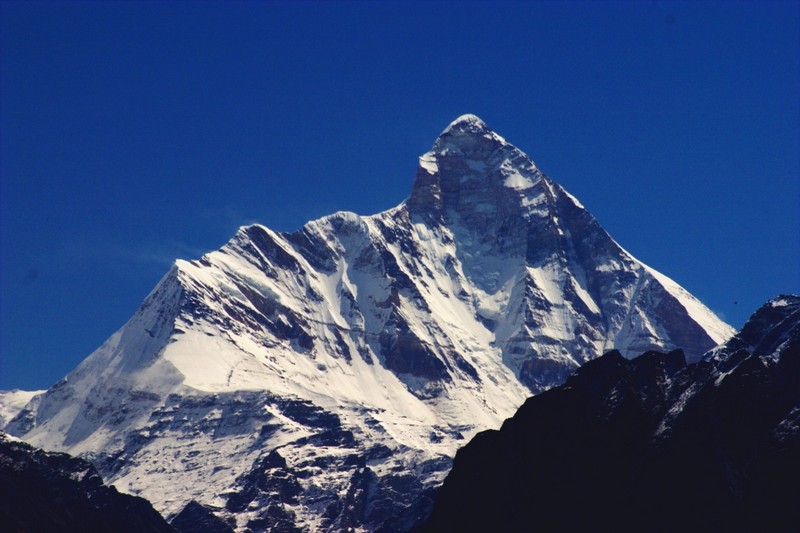