Ngadi Chuli (also known as Peak 29, Dakura, Dakum, or Dunapurna) is a high peak in the Mansiri Himal (or Manaslu Himal), also known as the Gurkha Massif, in Nepal. It is flanked by Manaslu to the north and Himalchuli to the south. Despite its top 20 height, Ngadi Chuli has only been climbed once or twice. The probable first ascent occurred in 1970. Hiroshi Watanabe and Sherpa Lhakpa Tsering, members of a Japanese expedition, climbed the east ridge and face. They left their camp V, at about 7500 metres, for a summit attack. About 70 m below the summit they disappeared out of sight for nearly two hours at 1:15 pm. On their return, after descending a difficult snow ridge, they suffered a fatal fall down an ice wall, from ca. 7600 m nearly down to camp 4 at 6900 m, where their climbing partners observed their fall. Neither their camera nor Watanabe's ice-ax, to which pennants would have been attached had they reached the summit, survived the crash so that no conclusive evidence could be found that they had reached the summit. In order to achieve a confirmed ascent of the mountain, the Japanese organized three more expeditions, in 1974, 1978 and 1982, but these all failed.(Wikipedia) 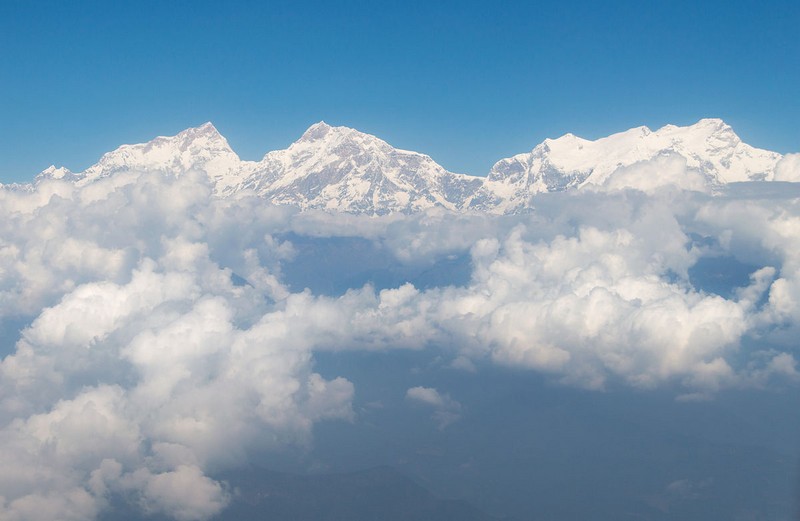