Himalchuli is the second highest mountain in the Mansiri Himal, part of the Nepalese Himalayas. It lies south of Manaslu, one of the Eight-thousanders. Himalchuli has three main peaks: East (7893 m), West (7540 m) and North (7371 m). It is also often written as two words, ""Himal Chuli"". Himalchuli is the 18th highest mountain in the world (using a cutoff of 500m prominence, or re-ascent). Himalchuli is also notable for its large vertical relief over local terrain. For example, it rises 7000m over the Marsyangdi River to the southwest in about 27 km (17 mi) horizontal distance.(Wikipedia) 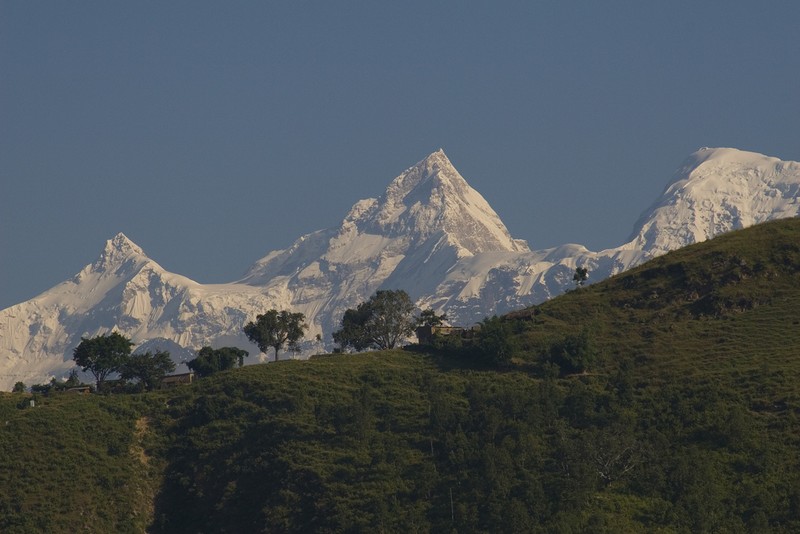