Gasherbrum IV, surveyed as K3, is the 17th highest mountain on Earth and the 6th highest in Pakistan. It is one of the peaks in the Gasherbrum massif. The Gasherbrums are a remote group of peaks located at the northeastern end of the Baltoro Glacier in the Karakoram range of the Himalaya. The massif contains three of the world's 8,000 metre peaks (if one includes Broad Peak). Gasherbrum is often claimed to mean ""Shining Wall"", presumably a reference to the highly visible west face of Gasherbrum IV; but in fact, it comes from ""rgasha"" (beautiful) and ""brum"" (mountain) in Balti, hence it actually means ""beautiful mountain.""(Wikipedia) 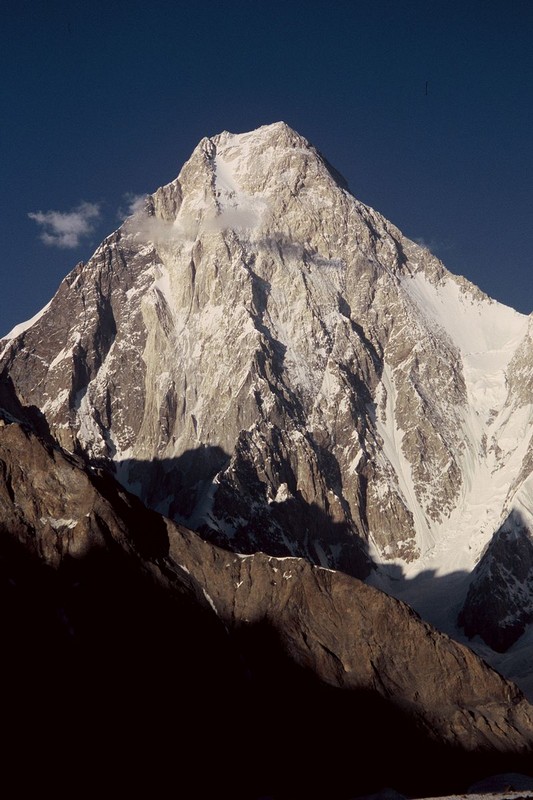