Annapurna II is part of the Annapurna mountain range, and is the eastern anchor of the range. It was first climbed in 1960 by a British/Indian/Nepalese team led by J. O. M. Roberts via the West Ridge, approached from the north. The summit party comprised Richard Grant, Chris Bonington, and Sherpa Ang Nyima. In terms of elevation, isolation (distance to a higher summit, namely Annapurna I East Peak, 29.02 km or 18.03 mi) and prominence (2,437 m or 7,995 ft), Annapurna II does not rank far behind Annapurna I Main, which serves as the western anchor. It is a fully independent peak, despite the close association with Annapurna I Main which its name implies. Annapurna II is the 16th highest mountain in the world.(Wikipedia) 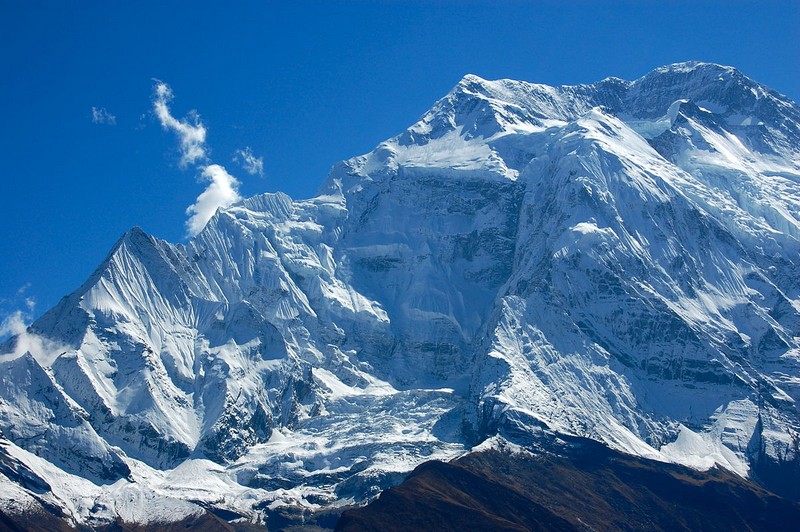