Shkhara, is the highest point in the nation of Georgia. Located in the Svaneti region along the Russian frontier, Shkhara lies 88 kilometres (55 mi) north of the city of Kutaisi, Georgia's second-largest city. The summit lies in the central part of the Greater Caucasus Mountain Range, to the south-east of Mount Elbrus, Europe's highest mountain. Shkhara is the third-highest peak in the Caucasus, just behind Dykh-Tau.(Wikipedia) 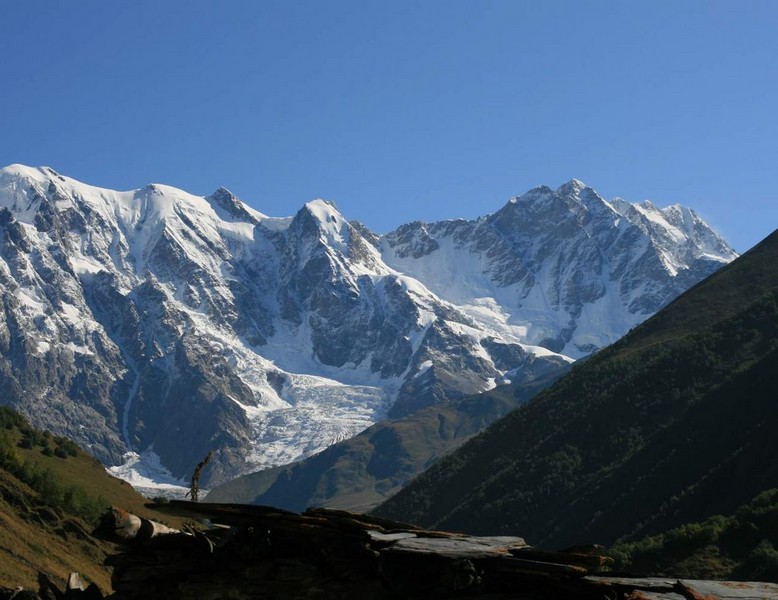