Pico de Orizaba, also known as Citlaltépetl (from Nahuatl citlal(in) = star, and tepetl = mountain), is a stratovolcano, the highest mountain in Mexico and the third highest in North America, after Denali of the United States and Mount Logan of Canada. It rises 5,636 metres (18,491 ft) above sea level in the eastern end of the Trans-Mexican Volcanic Belt, on the border between the states of Veracruz and Puebla. The volcano is currently dormant but not extinct, with the last eruption taking place during the 19th century. It is the second most prominent volcanic peak in the world after Africa's Mount Kilimanjaro.(Wikipedia) 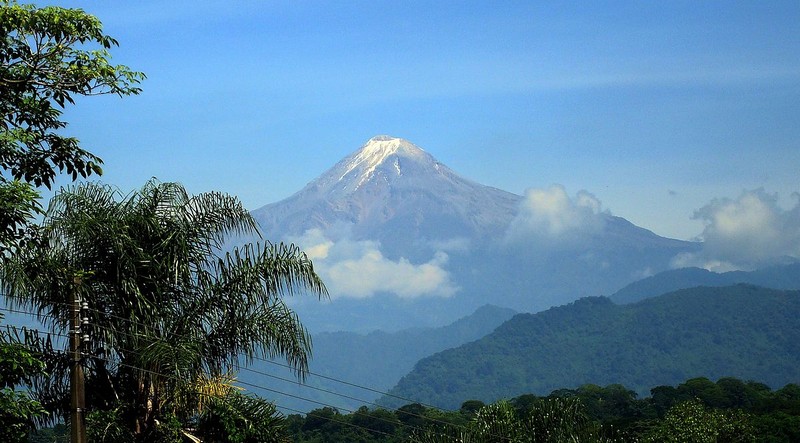