Monte Pissis is an extinct volcano in La Rioja Province, Argentina. The mountain is the third-highest in the Western Hemisphere, and is located about 550 km (340 mi) north of Aconcagua. Monte Pissis is named after Pedro José Amadeo Pissis, a French geologist who worked for the Chilean government. Due to its location in the Atacama Desert, the mountain has very dry conditions but there is an extensive glacier (with crevasses, which is unique in the region).(Wikipedia) 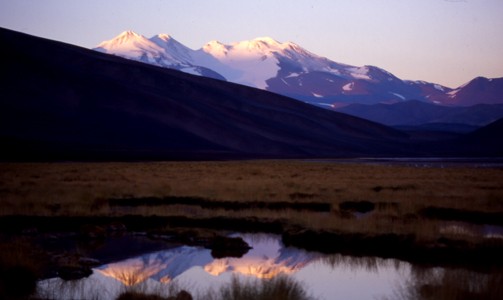