Gasherbrum II, surveyed as K4, is the 13th highest mountain in the world at 8,035 metres (26,362 ft) above sea level. It is the third-highest peak of the Gasherbrum massif, and is located in the Karakoram, on the border between Gilgit–Baltistan province, Pakistan, and Xinjiang, China. The mountain was first climbed on July 7, 1956, by an Austrian expedition which included Fritz Moravec, Josef Larch, and Hans Willenpart.(Wikipedia) 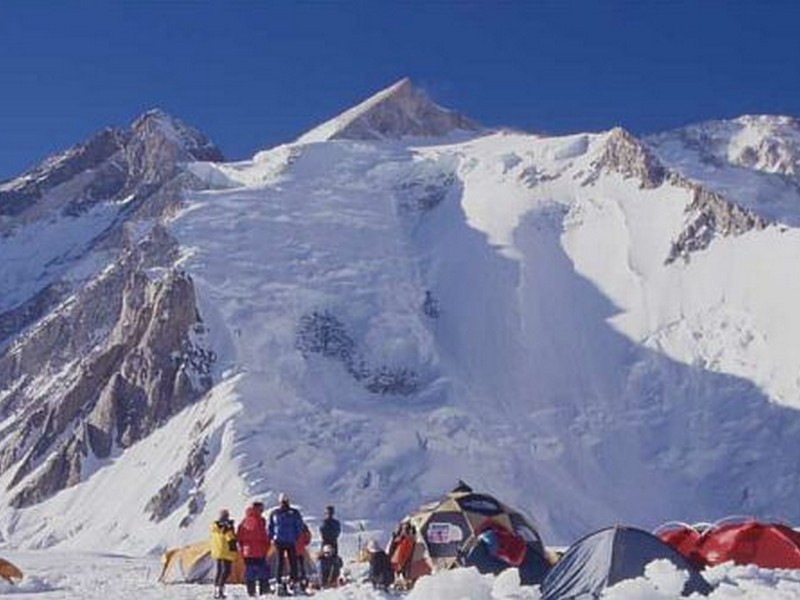