Denali (also known as Mount McKinley, its former official name) is the tallest land-basedmountain on Earth—with a vertical rise of about 18,000 feet (5,500 m), as well as the highest mountain peak in North America—with a summit elevation of 20,310 feet (6,190 m) above sea level. With a topographic prominence of 20,156 feet (6,144 m) and a topographic isolation of 4,629 miles (7,450 km), Denali is the third most prominent and third most isolated peak, after Mount Everest and Aconcagua. Located in the Alaska Range in the interior of the U.S. state of Alaska, Denali is the centerpiece of Denali National Park and Preserve.(Wikipedia) 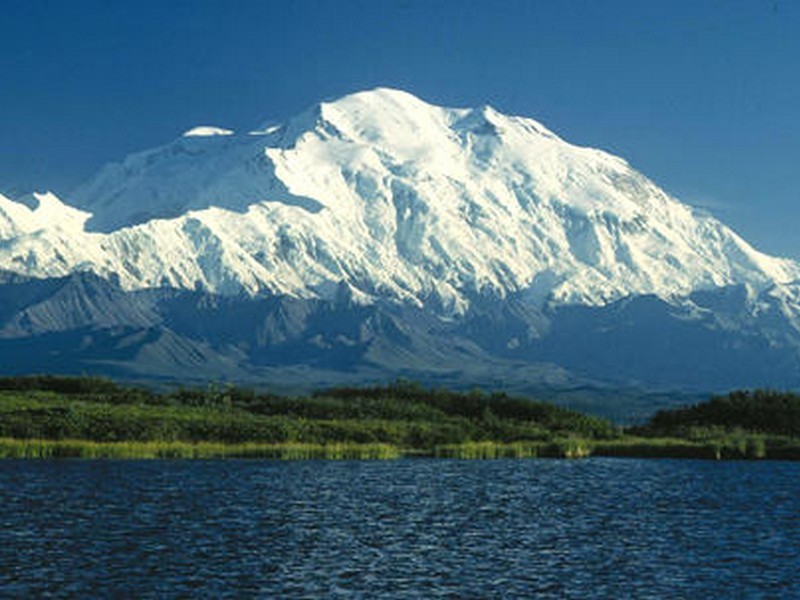