Gasherbrum I, surveyed as K5 and also known as Hidden Peak, is the 11th highest mountain in the world at 8,080 metres (26,510 ft) above sea level. It is located on the Pakistani–Chinese border in Gilgit–Baltistan region of Pakistan and Xinjiang region of China. Gasherbrum I is part of the Gasherbrum massif, located in the Karakoram region of the Himalaya. Gasherbrum is often claimed to mean ""Shining Wall"", presumably a reference to the highly visible face of the neighboring peak Gasherbrum IV; but in fact it comes from ""rgasha"" (beautiful) + ""brum"" (mountain) in Balti, hence it actually means ""beautiful mountain.""(Wikipedia) 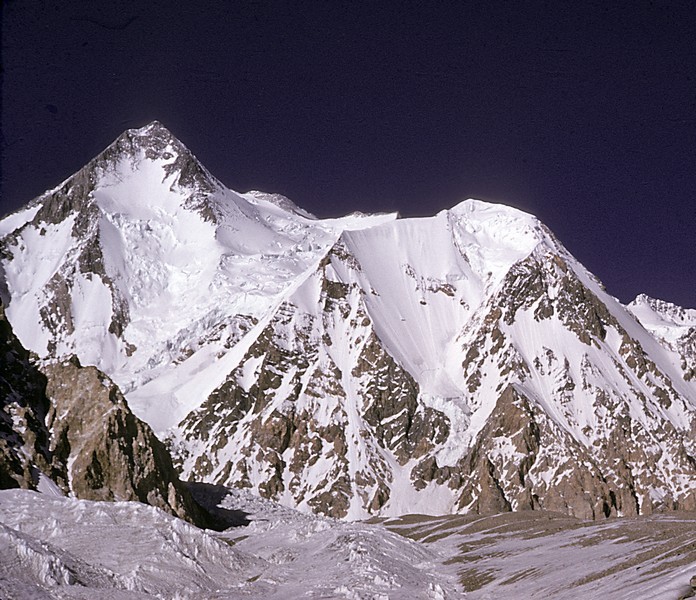