A clipper was a very fast sailing ship of the middle third of the 19th century, generally either a schooner or a brigantine. The original Baltimore clippers were schooners. Clippers had multiple types of sail plans, but the most common was three masts and a square rig. They were generally narrow for their length, small by later 19th century standards, could carry limited bulk freight, and had a large total sail area. Clipper ships were mostly constructed in British and American shipyards, though France, Brazil, the Netherlands and other nations also produced some. Clippers sailed all over the world, primarily on the trade routes between the United Kingdom and its colonies in the east, in trans-Atlantic trade, and on the New York-to-San Francisco route around Cape Horn during the California Gold Rush. Dutch clippers were built beginning in the 1850s for the tea trade and passenger service to Java. 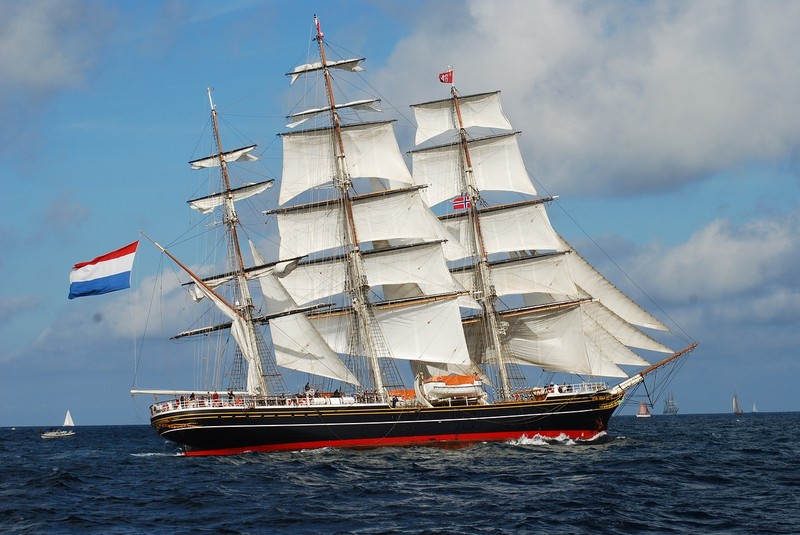