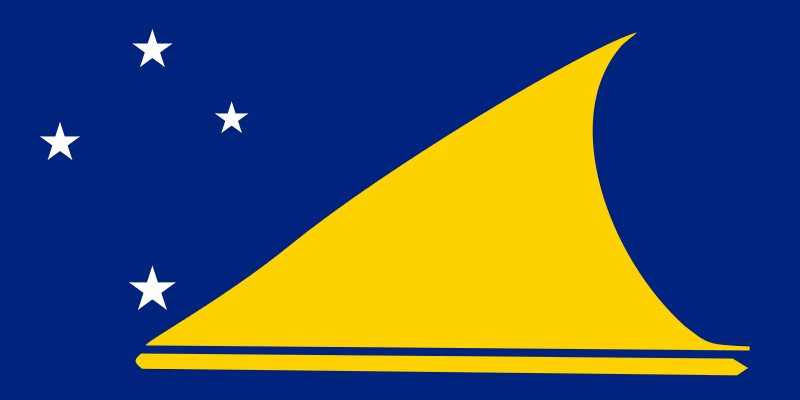 Tokelau is a dependent territory of New Zealand in the southern Pacific Ocean. It consists of three tropical coral atolls, with a combined land area of 10 km2 . The capital rotates yearly between the three atolls. Tokelau lies north of the Samoan Islands, east of Tuvalu, south of the Phoenix Islands, southwest of the more distant Line Islands, and northwest of the Cook Islands. Swains Island is geographically part of Tokelau, but is subject to an ongoing territorial dispute and is currently administered by the United States as part of American Samoa. 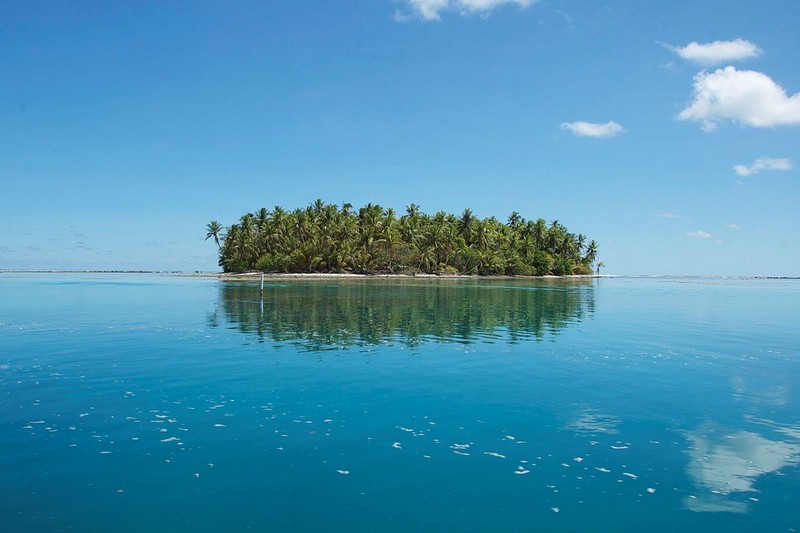 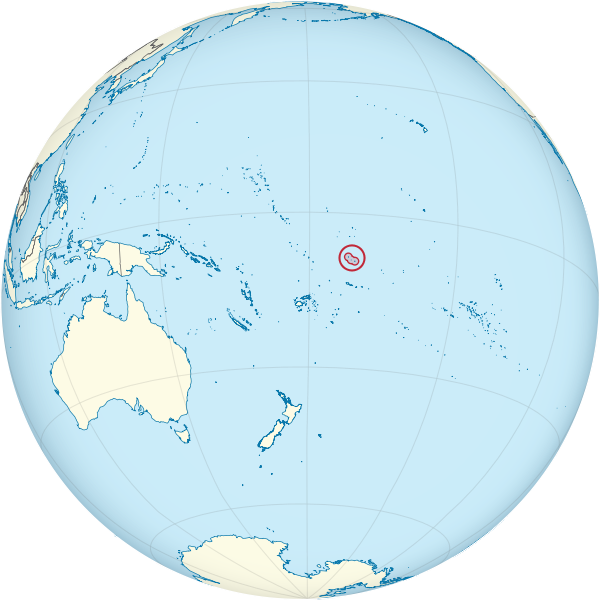