Verona is a city on the Adige river in Veneto and It is one of the seven provincial capitals of the region. It is the second largest city municipality in the region and the third largest in northeast Italy. The metropolitan area of Verona covers an area of 1,426 km2 and has a population of 714,274 inhabitants. It is one of the main tourist destinations in northern Italy, because of its artistic heritage and several annual fairs, shows, and operas, such as the lyrical season in the Arena, the ancient amphitheater built by the Romans.(Wikipedia) 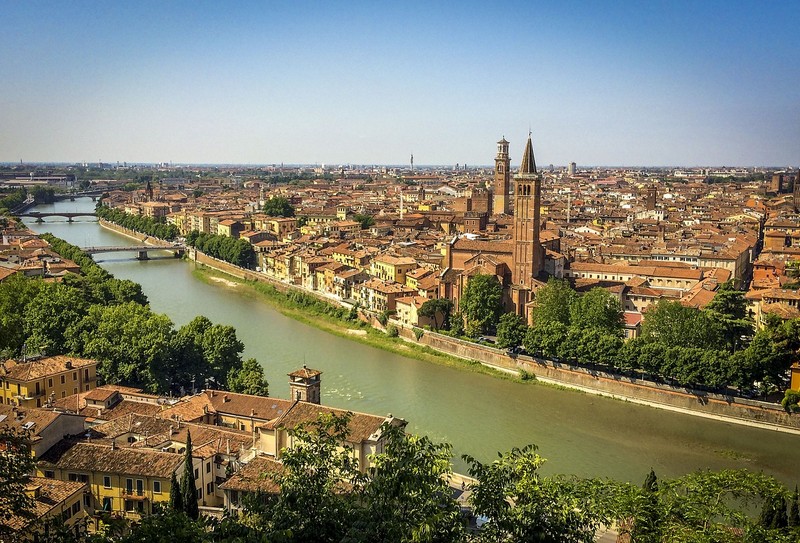