Shipstern Bluff is a globally-renowned big wave surfing location on the south eastern coast of Tasmania, Australia, on the Tasman Peninsula. It is approximately a 30 km boat/jet ski ride from the coast to the Bluff and is regarded amongst the surfing community as one of the wildest and most dangerous locations in the world, both for the surf and the prevalence of great white sharks. The wave is also well known for its multi-faceted inner formations, referred to by many of its surfers as steps, which give the wave a unique appearance and greatly adds to the challenge of surfing it.(Wikipedia) 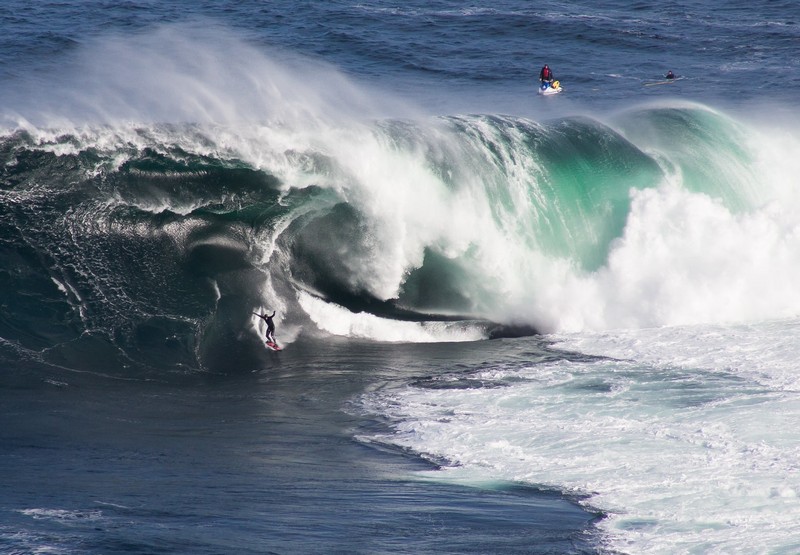