Gyachung Kang is a mountain in the Mahalangur Himal section of the Himalaya, and is the highest peak between Cho Oyu (8,201 m) and Mount Everest (8,848 m). It lies on the border between Nepal and China. As the fifteenth-highest peak in the world, it is also the highest peak that is not eight thousand metres tall; hence it is far less well-known than the lowest of the eight-thousanders, which are only about 100 m (328 ft) higher. The peak's lack of significant prominence (700 m) also contributes to its relative obscurity. 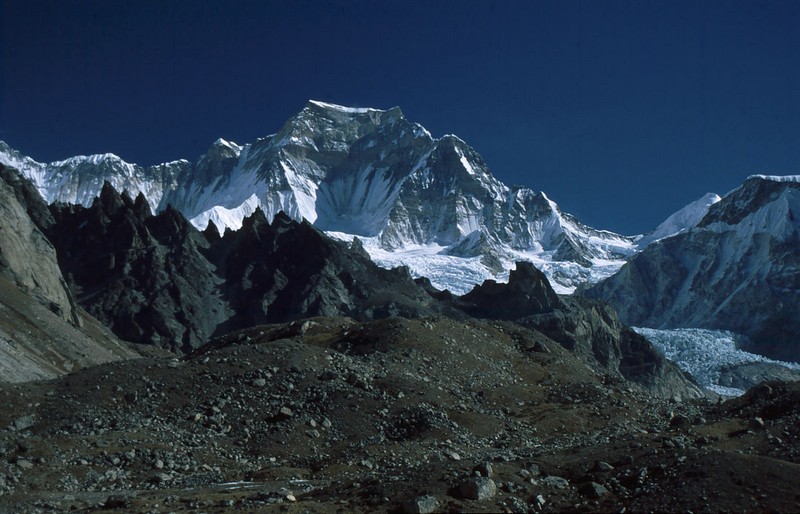