A houseboat is a boat that has been designed or modified to be used primarily as a home. Some houseboats are not motorized, because they are usually moored, kept stationary at a fixed point and often tethered to land to provide utilities. However, many are capable of operation under their own power. Float house is a Canadian and American term for a house on a float (raft), a rough house may be called a shanty boat. In Western countries, houseboats tend to be either owned privately or rented out to holiday-goers, and on some canals in Europe, people dwell in houseboats all year round. Examples of this include, but are not limited to, Amsterdam, London, and Paris.(Wikipedia) 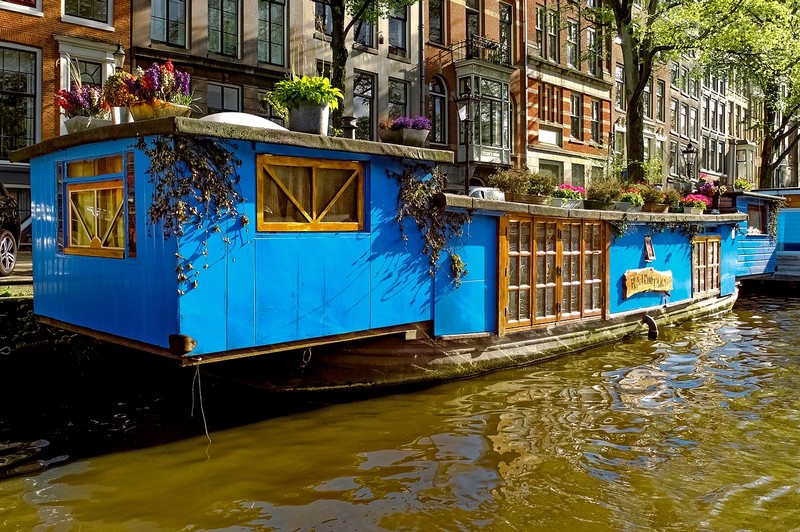